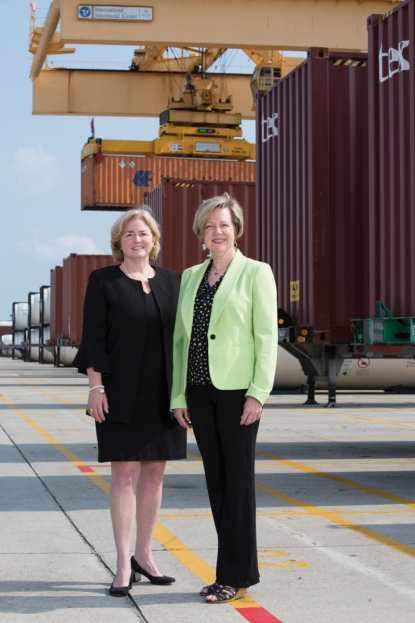 “In 1983, farmland still covered much of North Alabama, but a group of visionary businesspeople knew it wouldn’t always be that way. The Huntsville economy nosedived after NASA’s Apollo program closed in the 1970s, and local business leaders knew the city needed to look beyond the federal government to keep their city thriving.

Under the direction of the Madison County Commission’s International Trade Development Center, a small group formed the North Alabama International Trade Association (NAITA) to provide a forum to discuss and learn about business opportunities in the global marketplace.

The Association has been remarkably successful in fostering a thriving international business community in North Alabama. By 2000, NAITA identified a 300 percent increase in local exports over the previous decade. Since its founding, NAITA has grown to more than 500 members representing more than 150 businesses, manufacturers, service providers and economic development and academic organizations.” – Nancy Mann Jackson, Business Alabama

In celebration of its 35th Anniversary, NAITA has been featured in the August 2018 Issue of Business Alabama, a portion of which is highlighted in the excerpt above. This special supplement includes NAITA’s history, work, and impact on the North Alabama international business community. As the supplement mentions, North Alabama has transformed since 1983, and NAITA has worked alongside the businesses and organizations of the community to foster a healthy relationship with the global marketplace for over three decades.

As NAITA surpasses this milestone, there are many ways to celebrate. We will continue to highlight NAITA’s history by sharing the supplement and using our 35th anniversary logo. In recognition of our anniversary, NAITA will also start an International Trade Blog and continue to profile North Alabama businesses each month through our Faces of Trade Series.

The culmination of our Anniversary will take place on November 1, at NAITA’s 35th Anniversary World Trade Day Luncheon. This event, which kicks off the 7th Annual Alabama Global Supply Chain & Logistics Summit, will feature David Fernandes, President of Toyota Motor Manufacturing Alabama, as the keynote speaker, and will focus on “Securing the Global Supply Chain.”

A special thanks to Business Alabama and the supporters of the NAITA Special Supplement.